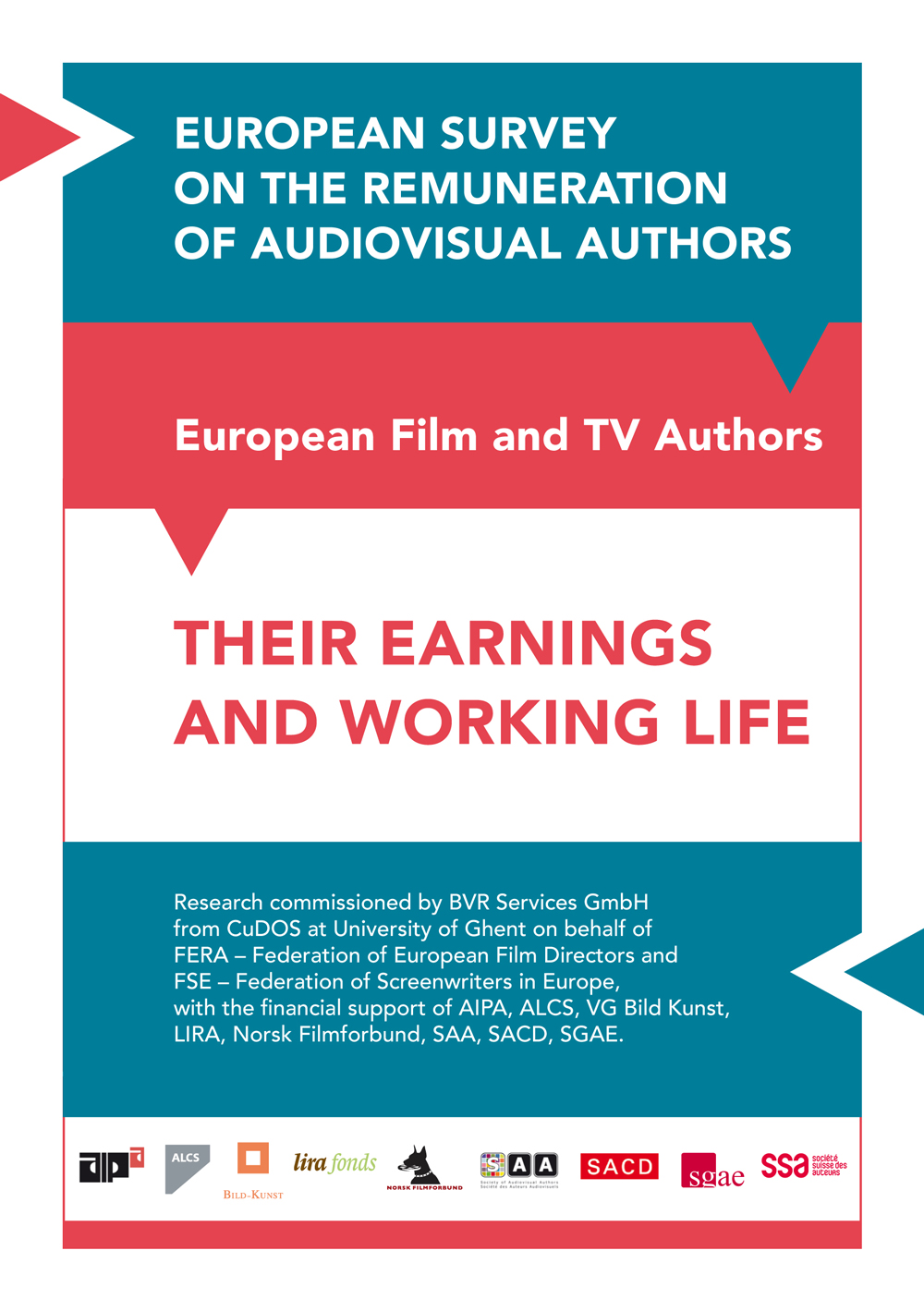 European Film and TV Authors : Their Earnings and Working Life

Summary of the final results of a European-wide survey on the remuneration of audiovisual authors. This comprehensive survey reveals some shocking findings about pay levels, unstable incomes, unpaid work, job insecurity, and a significant gender gap between men and women.
Research commissioned by BVR Services GmbH from CuDOS at University of Ghent on behalf of FERA and FSE. 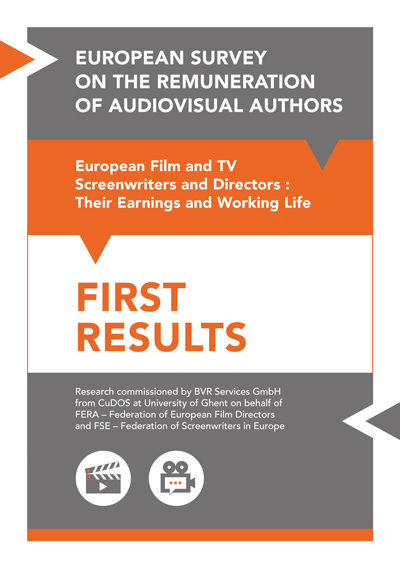 European Survey on the Remuneration of Audiovisual Authors

European Film and TV Screenwriters and Directors : Their Earnings and Working Life.
These preliminary results from the first ever, comprehensive, Europe-wide research aimed at mapping out the economic and social situation of European audio-visual authors, paint a sobering picture of the brutal economic reality faced by creators in the European audio-visual sector.
(published in 2018). 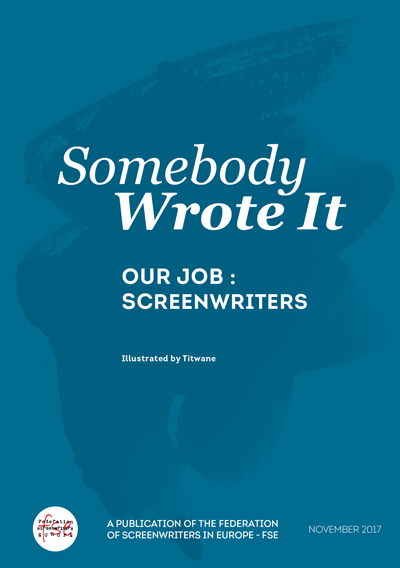 Somebody Wrote It. Our Job : Screenwriters

This leaflet was published on the occasion of the 2nd FSE European Screenwriters Award (Brussels, 2017). It describes the economic situation of screenwriters and calls for European legislation to improve authors' share in the economic life of what they create (Copyright Directive). This publication also contains portraits of European screenwriters (illustrations by Titwane). 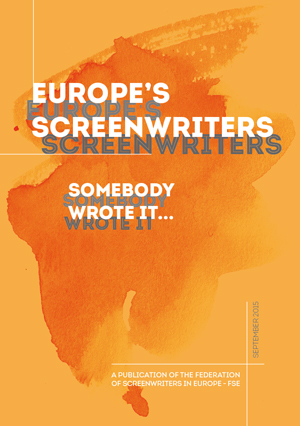 Somebody Wrote It. Better Contracts

This leaflet was published on the occasion of the 1st FSE European Screenwriters Award (Brussels, 2015). It contains portraits of European screenwriters (illustrations by Titwane) and a document prepared by FSE and FERA on fair remuneration for audiovisual authors, identifying problems and proposing solutions. 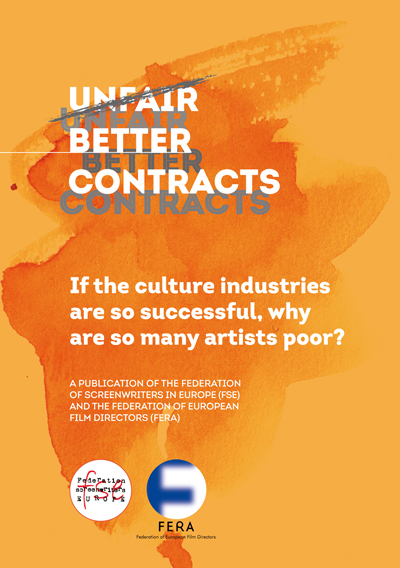 If the culture industries are so successful, why are so many artists poor?
A publication on audiovisual creators' remuneration at the heart of copyright, proposed by the Federation of Screenwriters in Europe (FSE) and the Federation of European Film Directors (FERA), including specific proposals to improve contracts.
(published in 2015) 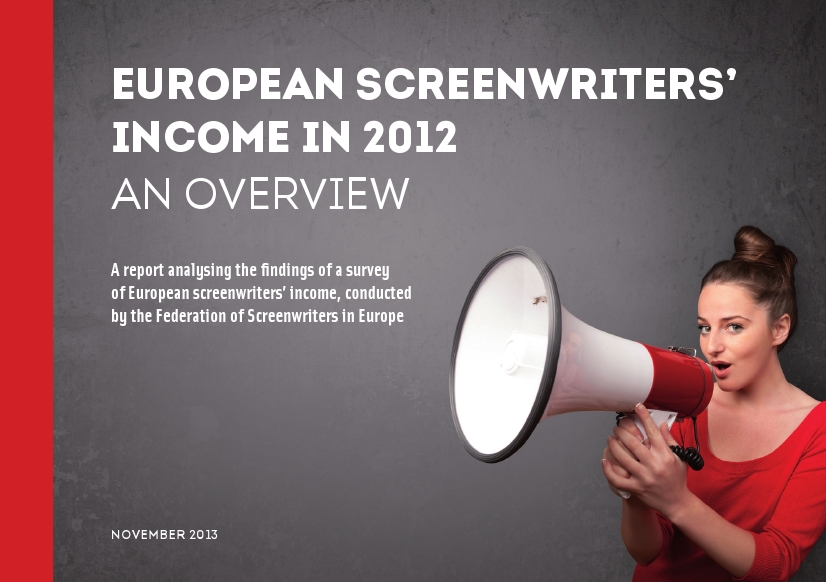 European Screenwriters’ Income in 2012 : An Overview

What is the median income after tax of a screenwriter in Europe? How many screenwriters can make a living out of screenwriting only? Is it more interesting in terms of remuneration to work for television productions? What is the real percentage of their income provided by collective management organisations? This report analyses the findings of a survey undertaken to inform a series of workshops for screenwriters’ guilds in European countries entitled Freedom of Association and Collective Bargaining in the Digital Economy, a project supported by DG Employment of the European Commission and organised by UNI-EUROPA (Euro-Mei) and FSE. 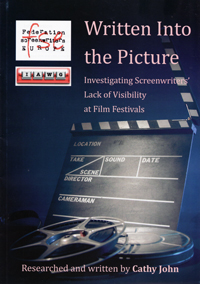 Written Into the Picture. Investigating Screenwriters’ Lack of Visibility at Film Festivals

This report highlights the lack of recognition of screenwriters and their work at film festivals, founded upon conclusions drawn from research conducted with festivals and screenwriters around the globe exclusively for this project. As well as celebrating examples of best practice in representing screenwriting where found, the report indicates causes of underrepresentation and potential solutions where possible.
Researched and written by Cathy John / 2012