In 2015 the Federation of Screenwriters in Europe started a series of illustrated portraits to present some European screenwriters. Let us introduce you to several accomplished screenwriters from several countries in Europe. The films and TV series they wrote have been successful at national and international level. 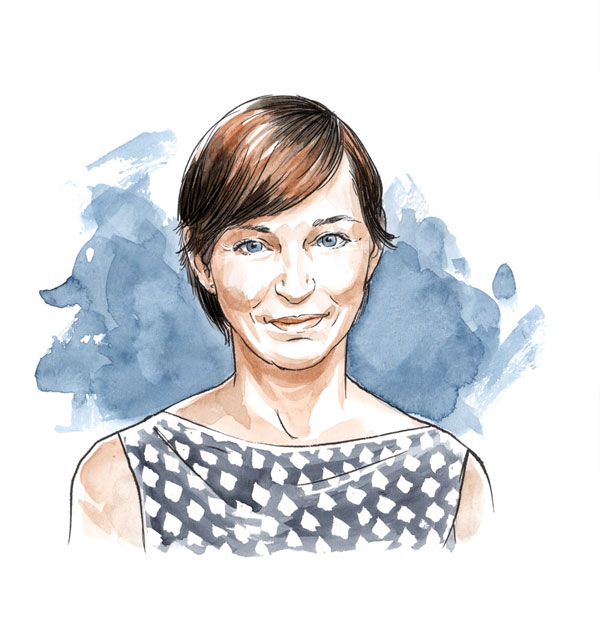 Marie Roussin is executive producer and writer of Mixte (2021) for Amazon. She has previously contributed to Lupin (2021), written extensively on Les Bracelets Rouges (The Red Band Society) (2019 – 2020), written story arcs and episodes for Un Village Francais (2015 – 2017) and contributed an episode to Borgia (2014) as well as many others. 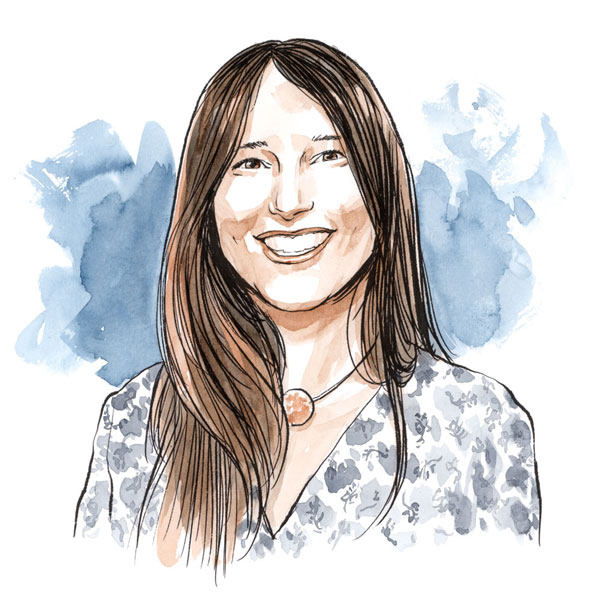 Marjan Alčevski is the writer of HBO Europe’s Uspjeh (Success) (2019) and the international coproduction TV show The Silence (2022). Most of the things he writes are as effective and to the point as this. Almost none are as brief.

Barbara Petronio is an extraordinarily prolific writer with credits on for example Romanzo Criminale (2008 – 2010), Suburra (2017 – 2019), I Diavoli (2020), Alfredino (2021) (one of three series where she is also credited as executive producer). She has written feature films such as Indivisibili (for which, with Nicola Guaglionone, she won the David di Donatello prize for best screenplay). She published her first novel Neve Rossa in 2022. 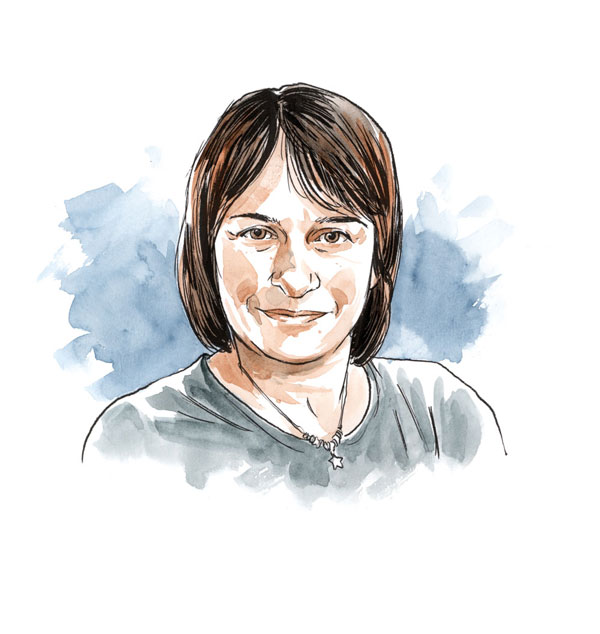 Jari Olavi Rantala won the Jussi Prize for Frozen Land in 2005. He has written extensively for both film and television including co-writing Karppi (Deadwind) now in its third season, and the feature films Tuntematon sotilas (Unknown Soldier) in 2017 (from the novels by Väinö Linna) and Omerta 6/12 in 2021. He has also published a novel and short stories. 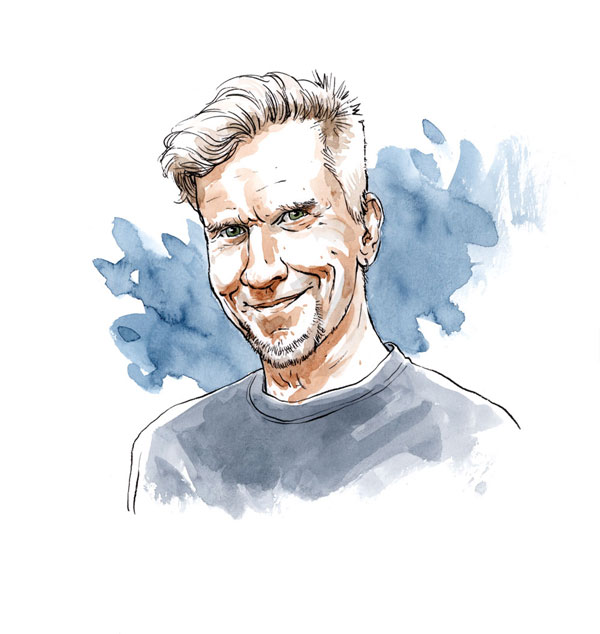 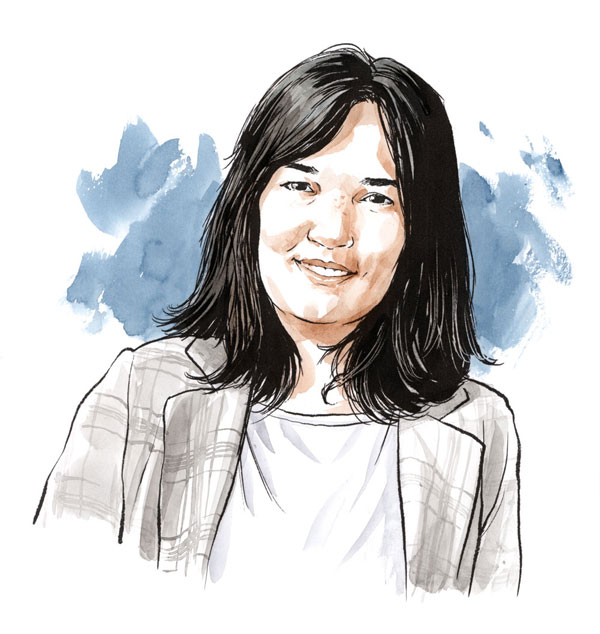 Anika Decker wrote, with the actor Til Schwieger, one of Germany’s more successful films Keinohrhasen in 2007 and its sequel Zweiohrküken. She has written and directed Rubbeldiekatz (2010), Traumfrauen (2015), High Society (2017) and Liebesdings (2022), the release of which was delayed by the pandemic. In the meantime she has published a highly successful semi-autobiographical novel Wir von der anderen Seite and succeeded in securing the right to financial information about the financial success of her work in Germany’s courts. 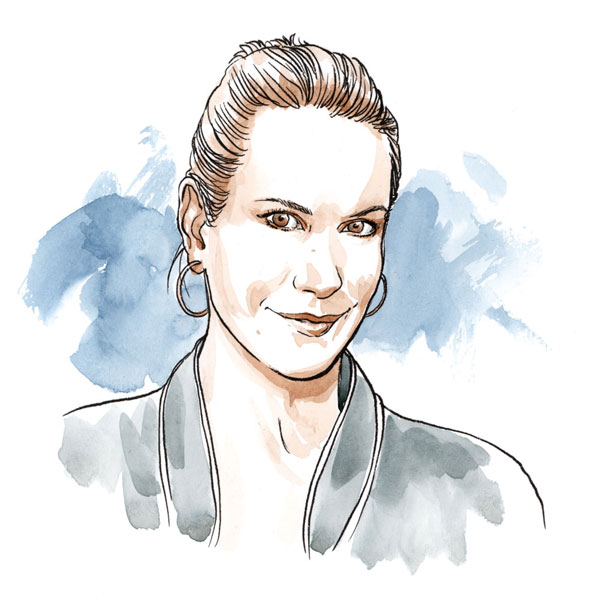 Among his many credits Alex Haridi was creator and head writer on Blue Eyes (2014), was head writer on Love and Anarchy (2020) and wrote episodes on both. He wrote six episodes of Anxious People (2020) with Camilla Ahlgren, based on the book by Fredrik Backman and is also working on her new series Fallen. 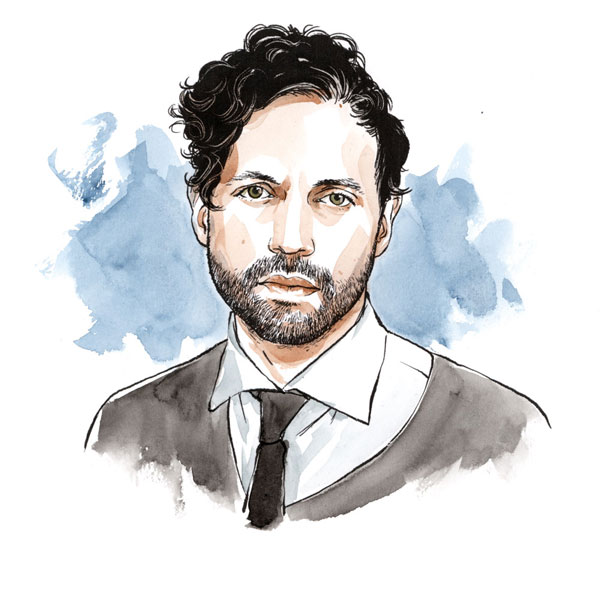 Agnes Pluch is an Austrian screenwriter. She has written many feature length films for television and cinema including Die Auslöschung for which she got the Thomas Pluch Preis and Ikarus which won the Max Ophüls Award for Best Script. She has also collaborated on several German-Austrian TV series, including the recent Am Anschlag – Die Macht der Kränkung (2021). 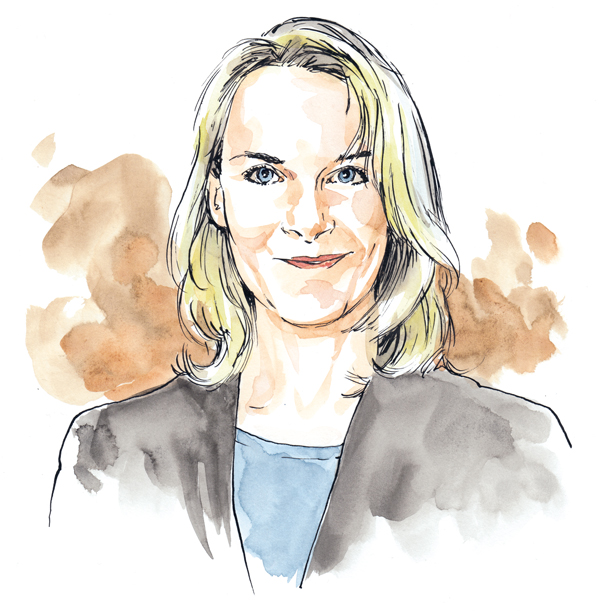 Among Nicola Guaglianone’s nineteen credits as writer are television series, films such as Lo chiamavano Jeeg Robot (They call me Jeeg), a big success in Italy, and Indivisibili (Indivisible) for which he won a David di Donatello with Barbara Petronio for best original screenplay. He has written on Suburra: Blood on Rome Netflix’s first Italian production and has recently created Vita da Carlo (2021), a comedy biography of Carlo Verdone who plays himself. 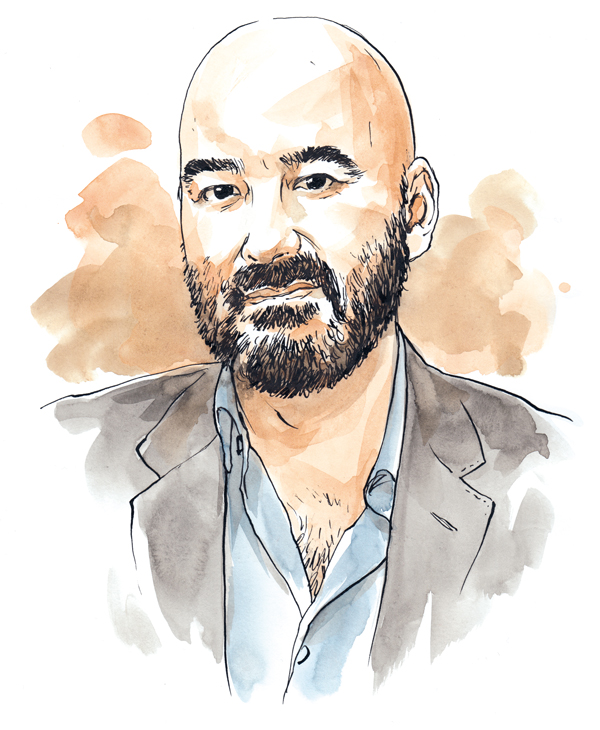 Camilla Ahlgren is best known as a writer of the TV series Bron (The Bridge) but is also writer on Gåsmamman with Martin Asphaug, based on the Dutch Series Penoza. She was head writer on Störst av Allt (Quicksand), from the novel by Malin Persson Giolito, for Netflix in Sweden and on Folk med ångest (Anxious People) (2020) from the novel by Fredrik Backman, which she wrote with Alex Haridi. She has created Fallen, currently in development. 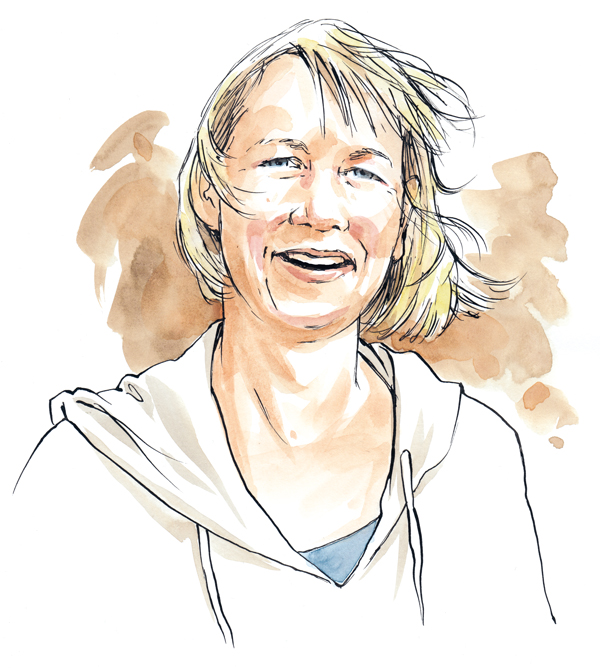 Jean van de Velde’s twenty-five writing credits include two Golden Calf awards (Netherlands Film Festival) for best script Lek (Leak) (2000) and Bram Fischer (An Act Of Defiance) (2017). He has also written extensively for television, including the Emmy Award Winner Drama All Stars (2000). He has written and directed Morten (2019), based on the novels of Annet de Jong and two episodes of All stars and Zonen (2020). 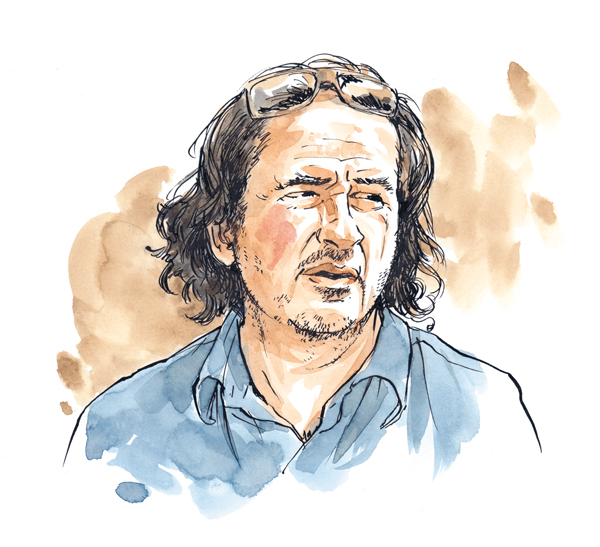 Sanne Nuyens and Bert van Dael are Belgian screenwriters. Together they wrote several awarded short films. They recently co-created and wrote De Twallf (The Twelve) (2019 – 2020), which won the ‘Best Screenplay’ award in 2019 at the Canneséries festival, as well as the twenty episodes of Hotel Beau Séjour (2016-2021), which won the audience award at Séries Mania. Both have been remade, one by Sky and the other in Australia. 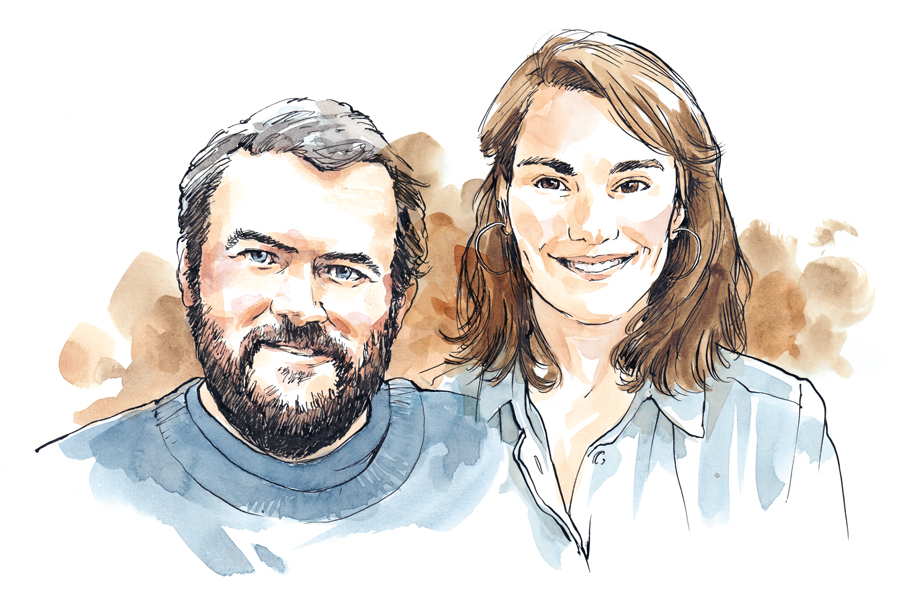 Adam Price was the head writer on Borgen which had three series of ten one-hour episode each. The show sold to more than thirty countries and won a Prix Italia, BAFTA and Monte Carlo TV festival awards. His created the series Herrens veje (Ride Upon The Storm) (2017-2018), which centers on religion. He also wrote Ragnarok (2020) and Orkestret (2022) created with Mikkel Munch-Fals. 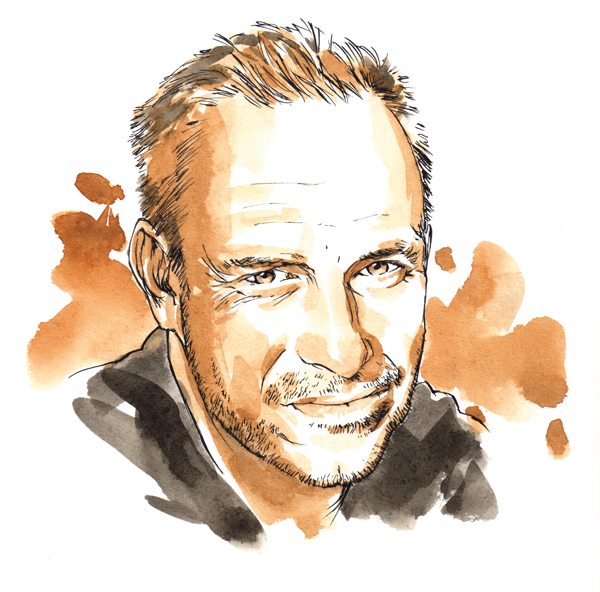 Anne Landois was the showrunner on the first six seasons of Engrenages (Spiral). The eight seasons of the series, produced by Canal+, have been screened since 2005. Engrenages has been sold to more than seventy countries and was awarded an International Emmy award. Prior to Engrenages she had written episodes of a number of series and many TV movies. Since then she has created the six part La Promesse (The Promise) (2020)

Anne Landois is the recipient of the Second FSE European Screenwriters Award (2017). 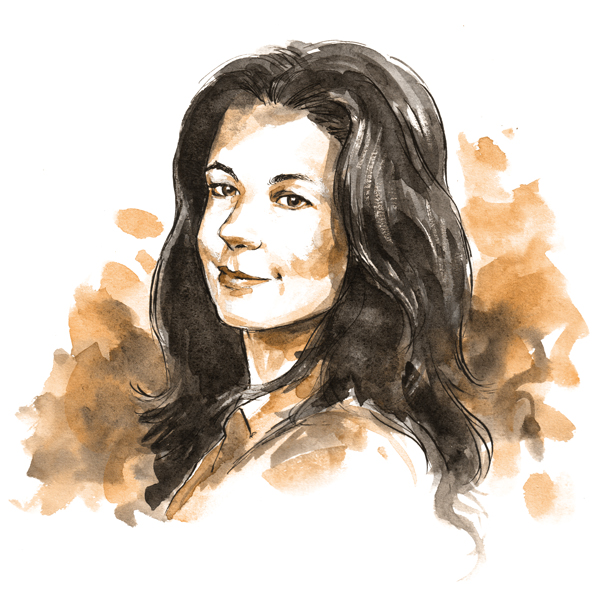 Caroline Link’s third feature film Nirgendwo in Afrika (Nowhere in Africa, 2001), which she adapted from the autobiographical novel by Stefanie Zweig and shot on location in Kenya, received the Academy Award for Best Foreign Language Film as well as five German Film Prizes (Deutscher Filmpreis), including Best Feature Film. Her first film Jenseits der Stille (Beyond Silence, 1996), a portrait of a family with deaf parents, was nominated for the Academy Award as Best Foreign Language Film. She adapted Der Junge muss an die frische Luft (All about me) (2018) from the book by Hape Kerkeling. Her most recent film is Als Hitler das rosa Kaninchen stahl (When Hitler stole Pink Rabbit) (2019) is an adaptation of novel by Judith Kerr. 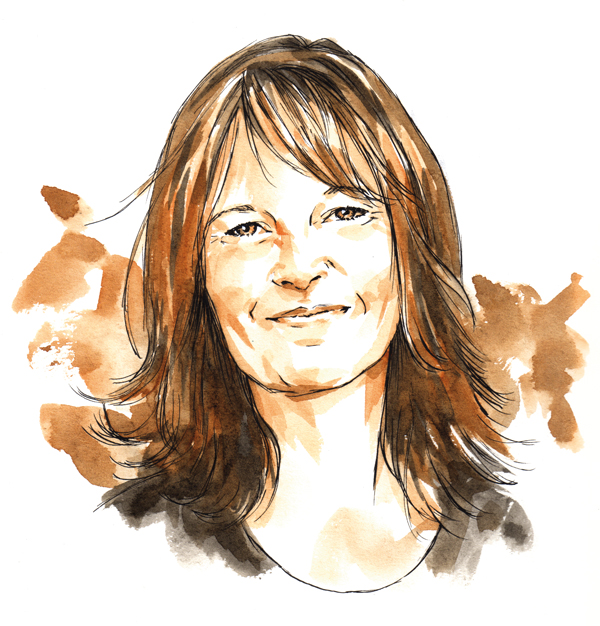 John Fay has been an essential and consistent voice on British television for many years with his work on iconic series such as Brookside (for which he wrote 54 episodes), Coronation Street (where he was lead writer and wrote 94 episodes — with one episode having an audience in excess of nineteen million viewers), Torchwood and Clocking Off. In 2005 he received the BAFTA Award for Best Continuing Drama. With his own series, The Mill, he brought an essential but overlooked period of British history to life in a searing and emotive way. An empathetic TV writer who truly understands his medium, he has highlighted issues of injustice to workers and the origins of trade unionism in a highly accessible way. He has written episodes of Medici: Masters of Florence. 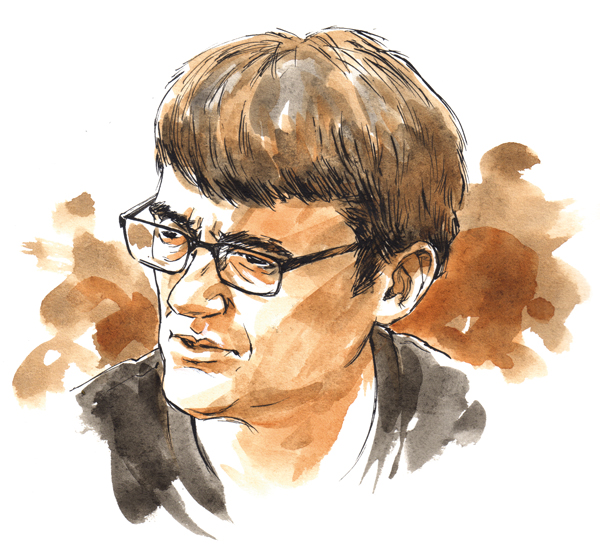 Sergio G. Sánchez’s first feature film script was for The Orphanage for which he won Best Original Screenplay at the 2008 Goya Awards in Spain.
He was nominated again for his screenplays Fin and The Impossible in 2012 (which made over 180 million euros worldwide, making it one of Spain’s highest grossing films ever at that time). In 2017 he wrote and directed The Secret of Marrowbone, a psychological horror movie. He has created the ten episode Alma (The Girl in the Mirror) for Netflix. 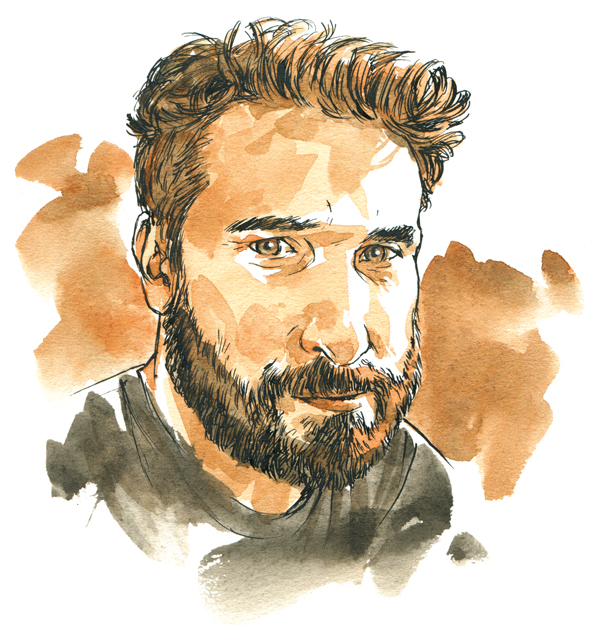