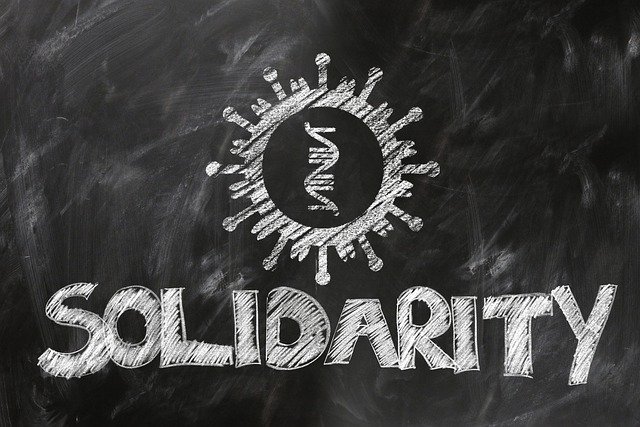 The undersigned international and regional organisations representing producers’ associations, trade unions, guilds and professional organisations affiliating talent and crew in film and TV production call on national governments, international and regional inter-governmental organisations and cultural funding bodies to take rapid, targeted and coordinated action in support of businesses and all workers – staff, freelance and self-employed – in response to the devastating economic and social impact of the global COVID-19 crisis on our industrial sector.

The global COVID-19 crisis has brought all film and TV production to a sudden stop around the world. Thousands of businesses, most of them SMEs, have been impacted by this crisis and millions of workers operating in front and behind camera have already lost, or are at risk of losing their jobs, either temporarily or, in the worst case, permanently. Millions of other jobs that are linked to the economic activity generated by our sector are also affected.

Solidarity within the audiovisual ecosystem and from policy-makers are the two pillars to sustain the global film and TV sector amid this crisis.
We welcome the initiatives taken by national unions, companies and other bodies to set-up and/or contribute to relief funds and appeal to other stakeholders in our industry to do whatever it takes to support all those affected by this crisis. However, the industry cannot by itself absorb the full scale of this unprecedented crisis.

To weather this critical period, the film and TV production sector also needs governments, international and regional inter-governmental organisations and cultural funding bodies to provide vital support by taking extraordinary measures. We note that several countries, regional authorities and the EU institutions are taking relief measures to sustain our economies and we call on all decision makers to act swiftly in the coming days and weeks to make them also fit for the urgent needs of the film and TV production sector. These include crucial measures with respect to state aid, taxation and social security.

What is immediately needed is an easy and swift access to exceptional financial support to cover fixed costs in the forthcoming weeks and months. This is one of the main conditions to respond to the immediate urgency: preserving companies in the audiovisual sector, as well as workers and skills, for the post-COVID-19.

To support businesses and the economic sustainability of the entire sector, we recommend in particular that:

The backbone of the sector are the people in front and behind camera. Due to specificities of the audiovisual sector, most cast and crew are either employed on short-term contracts or are engaged as independent contractors. Many of them may do not have enough social benefits to fall back on during this crisis and may thus face a critical situation. To support these workers during this crisis and its economic fallout, and to prepare for post-COVID-19 by securing that workforce and skills remain at the level experienced until now, we recommend in particular that:

The signatories of the joint statement

EUROCINEMA – EUROCINEMA is an association of producers created in July 1991 at the initiative of professional associations of producers in France. In view of the growing EU intervention in the audiovisual sector, and the importance of the decisions taken, it appeared to the creators of EUROCINEMA urgent to put in place means to promote a European policy for the cinema and audiovisual industry.

FIA – The International Federation of Actors represents performers’ trade unions, guilds and professional associations in about 70 countries. In a connected world of content and entertainment, it stands for fair social, economic and moral rights for performers working in all recorded media and live theatre.

FERA – The Federation of European Film Directors (FERA), founded in 1980, represents film and TV directors at European level, with 47 directors’ associations as members from 35 countries. We speak for more than 20,000 European screen directors, representing their cultural, creative and economic interests.