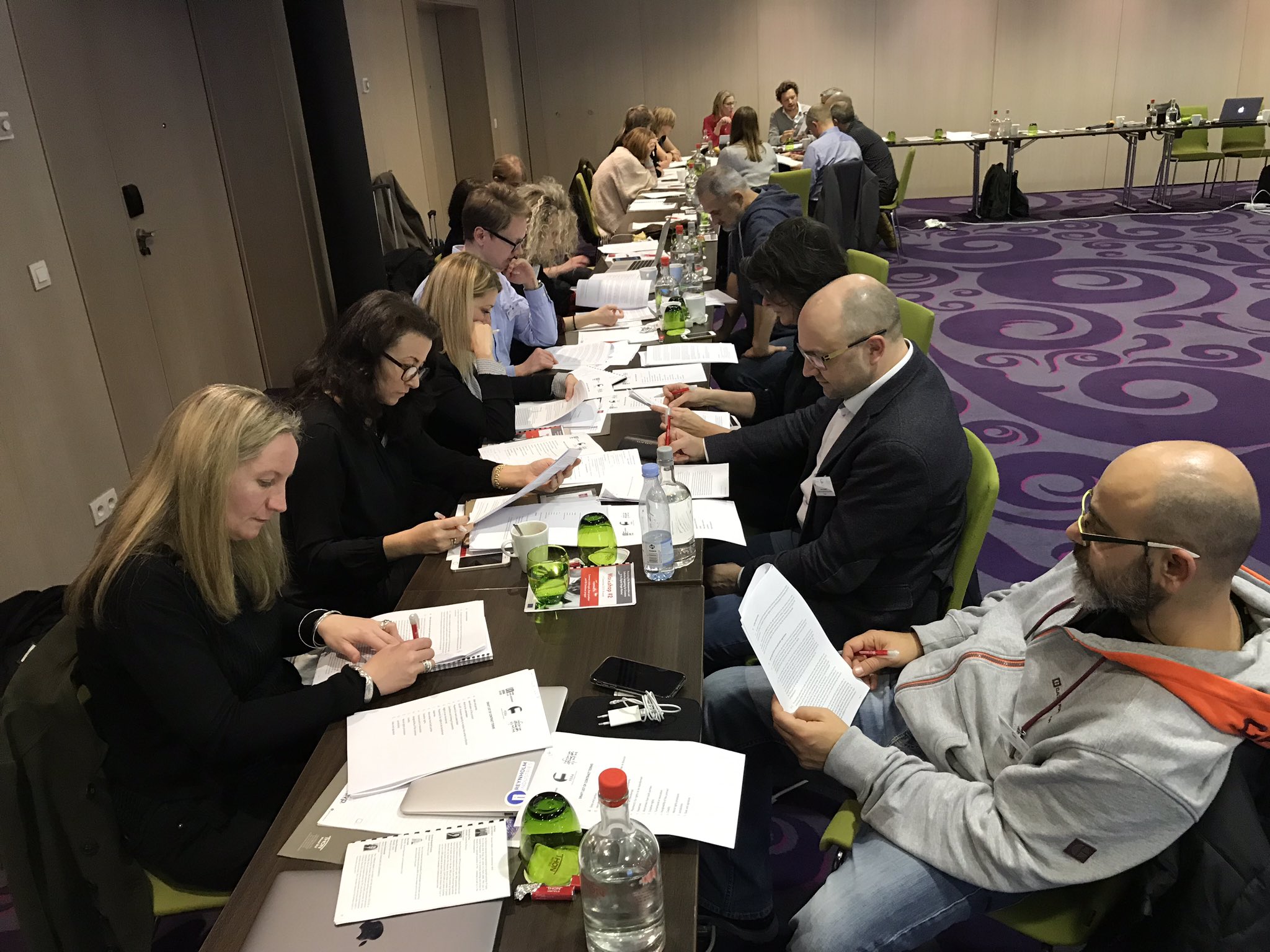 A series of workshops to foster cooperation among European audiovisual authors’ guilds and unions on contracts, fair remuneration and collective bargaining

In December 2018 FERA, FSE and UNI MEI organised a two-day workshop in Brussels bringing together over 40 representatives from guilds and unions of screenwriters and directors. The directors and screenwriters, guilds’ executives and lawyers discussed EU legislation, authors’ contracts and fair remuneration.

The event is the second workshop of a project that the three organisations carry out together to tackle fair remuneration of creators. After a first workshop in May 2018 focusing on collective bargaining, this event provided a platform to exchange on contract practices across the EU.

The presentations and discussion underlined that it remains a challenge to structure contractual arrangements in the media and entertainment industries for creators who work all freelance and are facing widespread unfair practices.

The legislative initiative of the EU on the proposed Directive on copyright in the Digital Single Market, which contains a chapter on fair remuneration is a chance to work towards a legal framework that encourages fair contracts. Participants assessed the prospects of taking advantage the proposed Directive at strengthening the position of authors in contractual relationship with employers.

Building on the progress made during the workshop to foster cooperation among guilds and unions on contracts, the organisations are now pushing ahead with their project to build a database of contracts which will enable a systematic comparison across the EU and promote good standards.

The project, which is co-funded by DG Employment of the European Commission, is now entering in its second phase during which the guilds and unions will reach out to the European and international employers’ associations to discuss cooperation with regard to the implementation of the EU Copyright Directive and how to improve the framework of contractual arrangements to the benefit of both, industry and creators.