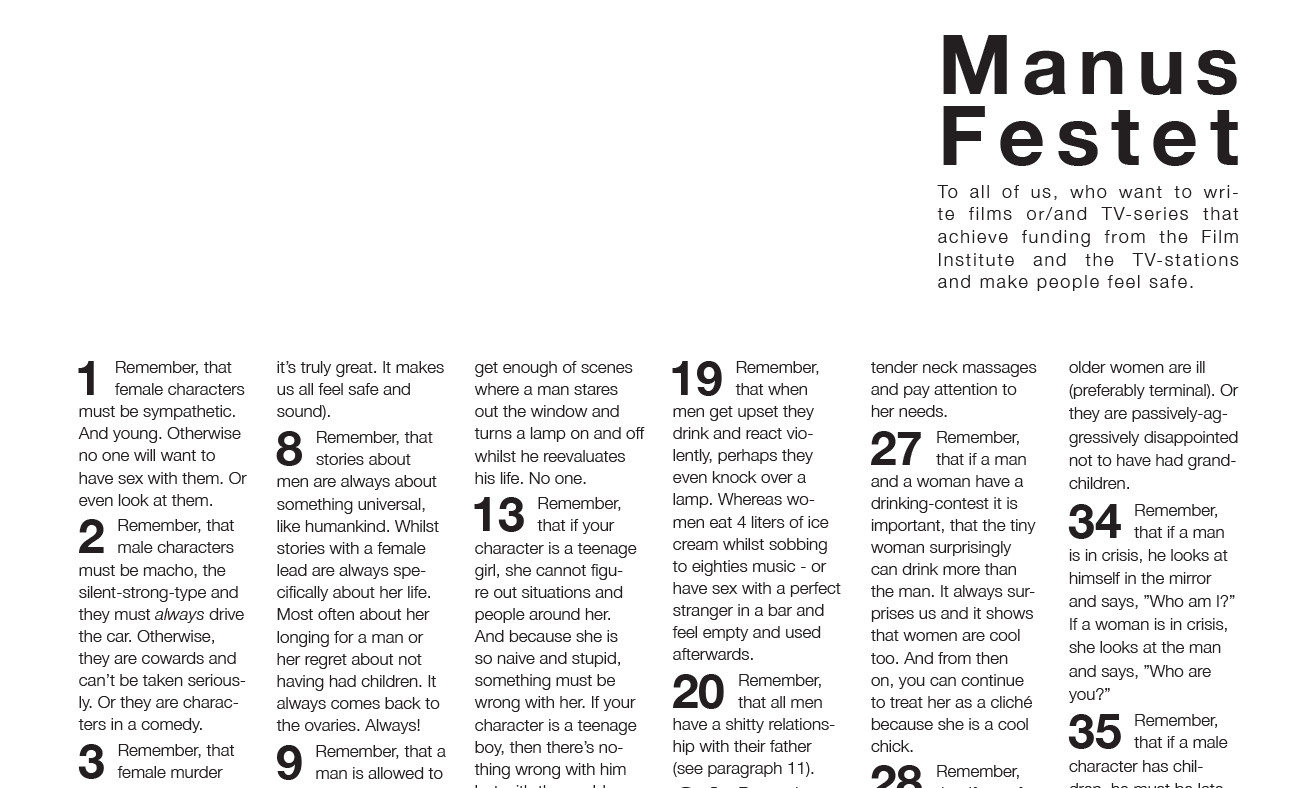 Danske Dramatikere (the Danish Writers Guild) published a manifesto to encourage Gender Equality in audiovisual productions. The writers of the Danish delegation present at the 4th World Conference of Screenwriters in Berlin distributed posters to the participants. It contains a satirical and ironic list of 40 points addressed “to all of us, who want to write films or/and TV-series that achieve funding from the Film Institute and the TV-stations and make people feel safe”. A humorous way to tackle gender stereotypes and clichés.

1. Remember, that female characters must be sympathetic. And young. Otherwise no one will want to have sex with them. Or even look at them.

21. Remember, that men always have a job – they can’t be unemployed. And if they are, then that’s what your script is about.

40. Remember, that for men there is always a new chance. For women, it is always the last chance.

Mette Heeno, author of the TV-series Splitting up Together, is one of the authors of the manifesto. She explains : “It should be seen as an activist initiative, where we – instead of talking about a study and some figures on the number of female roles – say : How can we do something about it? We have a great power as narrators, so instead of complaining, we start with ourselves”.

(Mette Heeno was also one of the speakers of WCOS 04 in Berlin).

Read more
The manifesto in English
Previous
Next