Screenwriters from the world, a tribute to Charlie Hebdo 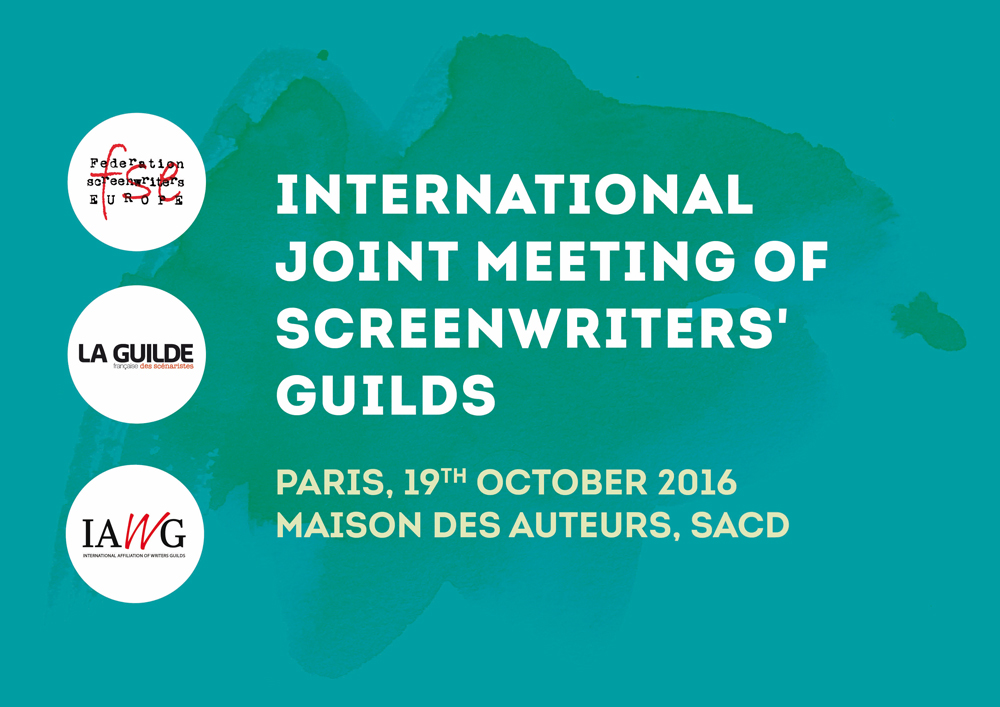 An event proposed by the Federation of Screenwriters in Europe (FSE), the International Affiliation of Writers Guilds (IAWG) and the Guilde Française des Scénaristes (La Guilde) on 19th October 2016 at La Maison des Auteurs of SACD in Paris.

Screenwriters and their guilds from many countries around the world gathered to exchange on guilds’ successes in organising and collective bargaining; to discuss what is getting made and what the writers are getting paid, including online, trends in co-productions; to update on guilds’ recent initiatives, progress and ongoing frustrations about equality and diversity, women and minorities; to exchange views on freedom of expression and freedom to write and to understand the challenges of international coproduction from the perspective of management of rights.

The participants of the meeting issued the Paris Declaration, a tribute to the artists killed during the terrorist attack at Charlie Hebdo.